This was Wyatt’s first year at Freak Alley. He was having a lot of fun and hopes to be back next year. His mural was based off one of his paintings but the sun was a new addition, it was originally going to be a hot air balloon. He likes to draw antennas and power poles since they show that people are present. This mural includes an antenna because he wanted something vertical to connect the two weird oblique areas of paint. He incorporates his signature “WURT” into his works in a way that makes it hard to tell if it’s part of the work of the painting or part of his name.

Freak Alley Gallery's week long event provided an "art-in-motion" experience as it welcomed the public to watch artists work on their murals. 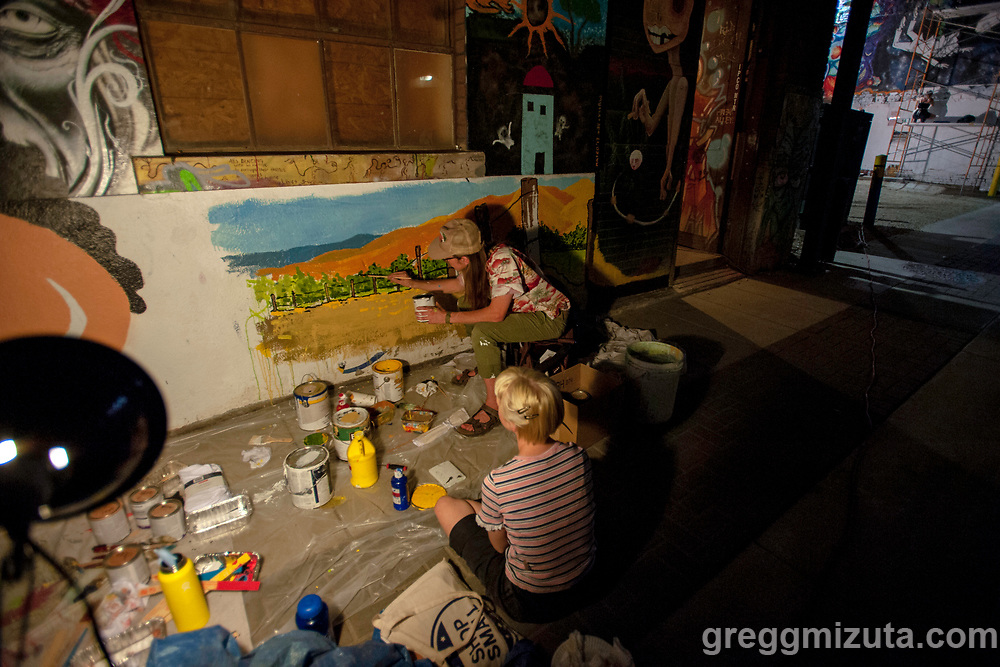