Jessie Swimeley's immersive art installation, “Living in the Perpetual Aftermath" explored the world after the apocalypse. It opened at the Green Box at Surel’s Place, August 6, 2021, Garden City, Idaho.

Living in the Perpetual Aftermath:
In the mid-21st century the inhabitants of Earth brought about the ecological collapse of their planet.

War over resources further reduced the population of the planet and poisoned the environment. Little is known about the years after the collapse due to the destruction of the communication infrastructure and other recording technologies.

In rare cases, small communities came together for protection and to share limited resources. This allowed for individuals we call Chroniclers the ability to safely gather, retell, and save the histories of the people.

The history in this exhibit was chronicled by a human female referred to as Clicks. Clicks lived in a small community that was once a thriving city known as Boise, The City of Trees. The inhabitants now refer to their home as the City of Ashes.

Clicks journals and photographic recordings were damaged by time, the harsh environment, and vermin.The most important information has been curated to help you understand the time and place she lived. 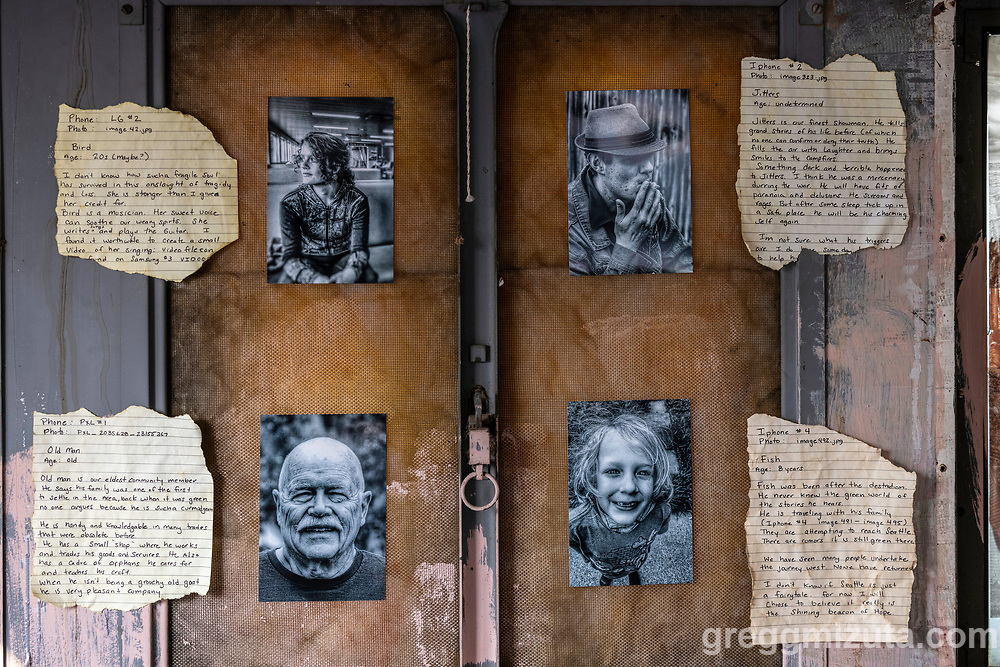