David Carmack Lewis's mural "Over the Valley" on the Key Financial Center building in downtown Boise, Idaho on August 28. 2021. The mural was completed in June 2020.

“Right now the working title is Over The Valley,” he told BoiseDev. “It’s sort of a stylized look at the south fork of the Payette.”

Lewis said he drove up to the area on his last visit to Idaho when he painted the Fowler mural. “I love that road. It’s kind of funny, this is such a tall building. The viewpoint is looking down at the valley, even though you are looking up at the mural.”

He said Key Financial Center’s owners put out a call for artists, and he said they selected his because it left the architectural framing at each of the stories intact.“They saw my other murals. One of the things they liked was I wanted to leave the architectural elements in place. I almost wanted it to be a window. They liked that I took that into account,” he said.

Building co-owner Scott Schoenherr said they looked at more than twenty artists and asked six to submit proposals. He said he liked the creative nature of Lewis’ proposal. He pointed to a detail in the rendering as giving the project a little something extra. “The reason he put the chair there is he wanted people to envision sitting there and looking out over this scene,” Scott Schoenherr of building owner Rafanelli-Nahas said. “I think it’s neat. You want to do something that’s more than just a landscape but has some creativity. 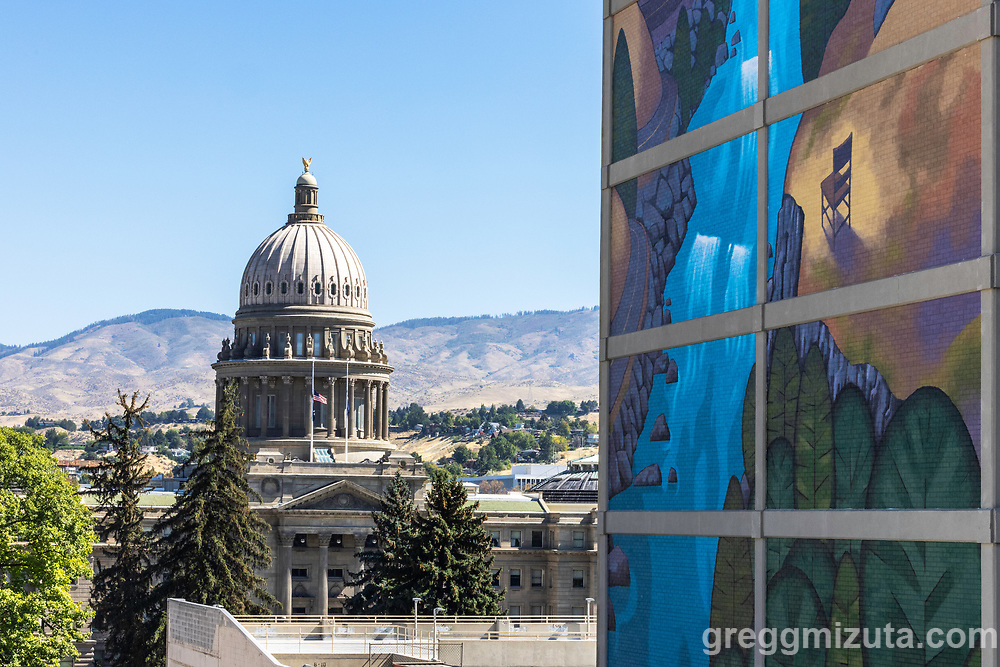