She just moved to Boise from Kansas City where she recently earned a BFA in illustration. This was her second mural in Freak alley but she was feeling pressure to make this good, being an event introducing her to the local creative community.

Her subject was a play on Wile E. Coyote. In her original painting, the coyote faces the opposite direction than the coyote in her mural. Colby wanted it reversed so it was leading into the alley. She likes painting anything that is predatory with ears that stick up and a fluffy tail.

Freak Alley Gallery's week long event provided an "art-in-motion" experience as it welcomed the public to watch artists work on their murals. 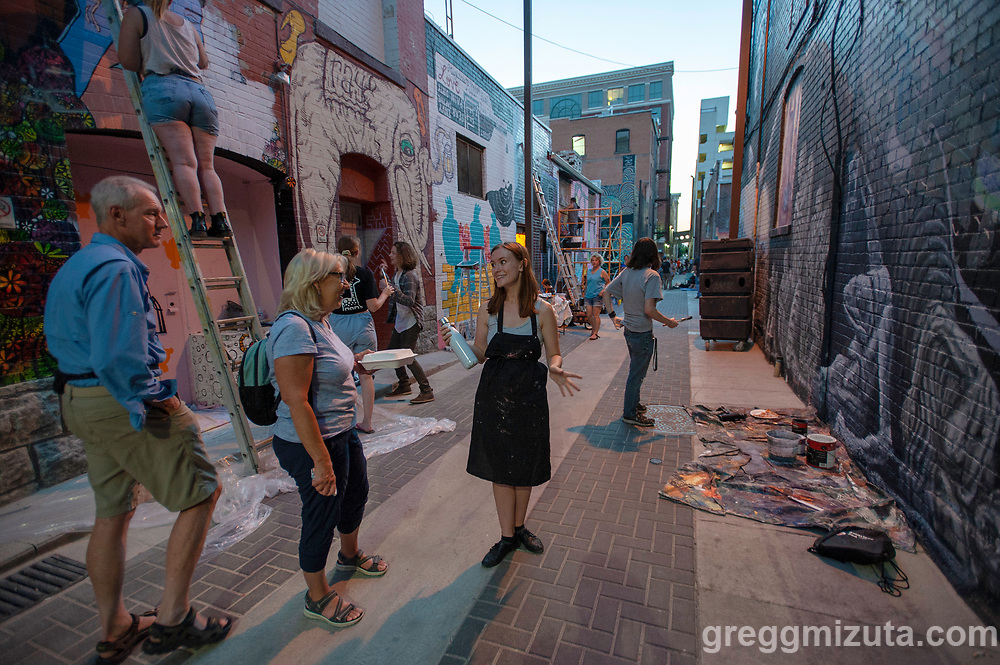