Surel's Place Artist in Residence Luma Jasim shares her work in "Nostalgia to Baghdad: Between Dark & Bright Memories" a culmination of 2 years of work at the Visual Arts Collective in Garden City, Idaho on November 6, 2018.

Surel's Place Resident artist Luma Jasim's performance involves a projection of her stop-motion animation in the background combined with an original commissioned sound composition. Ms. Jasim will be performing through paint, body gestures and telling stories, which will include sharing perspectives about life in Iraq before and after the invasion and the effect of sanctions on people. This is a continuation of a project which she has been working on for the last two years.

Luma Jasim is an interdisciplinary Iraqi-born artist. Jasim was born and raised in Baghdad during the dictatorship of Saddam Hussein. She lived through three wars, an economic blockade, the United States invasion, and later, her immigration to the United States. First, as a refugee she lived in Boise, ID; she got a second Bachelors degree from Boise State University then moved to NYC after receiving a full scholarship from Parsons School of Design, The New School, NY, to get her second master's degree in Fine Arts in 2017. She is one of the four winners of The 2017 AAF American Austrian Foundation/ Seebacher Prize for Fine Arts. R 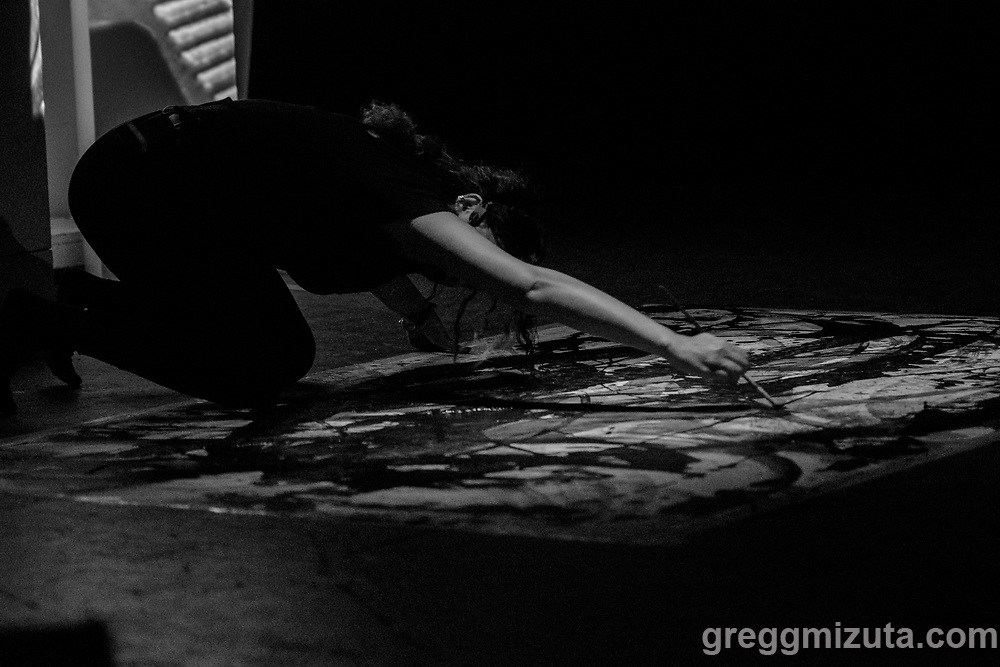